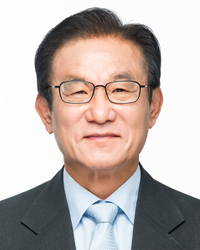 Jongmyo is the main ancestral shrine of the Joseon Dynasty, and is one of the major symbols of the Dynasty together with Sajikdan, where kings prayed for national security and peace before the altars for the gods governing national territory and major farm products. Jongmyo was to be built to the east of the palace, and Sajikdan to the west, and therefore, Jongmyo today stands on the present location, which is on the east of Gyeongbokgung Palace.

During the era of the Joseon Dynasty, the Royal Ancestral Rite was observed five times a year, but was often suspended during the Japanese occuation period. At present, the Grand Ancestral Rite is held twice a year, on the first Sunday of May and first Saturday of November with Jeryeak, the Royal Ritual Music and Ilmu, the Royal Ritual Dance. Jongmyo is the only place in the world where time-honored memorial services are held in ancient costume and formality in front of the spirit tablets of all former kings and queens.

In recognition of such cultural values, Jongmyo was designated by UNESCO as world cultural assets in 1995 together with Seokgulam, the stone grotto of Bulguksa Temple, and Haeinsa Temple's depositories housing the second woodblocks of Tripitaka Koreana. In 2001, Jongmyo Jerye and Jeryeak were designated by UNESCO as world invisible cultural heritage for the first time in Korea.

Now, Jongmyo's Grand Ancestral Rite is not only our own event but also a worldwide one. As the entire world witnesses this event, your kind cooperation is cordially requested to maintain respectful and solemn atmosphere and manners more than ever in observing the services.

Presiden The Society for the Preservation of Jongmyo